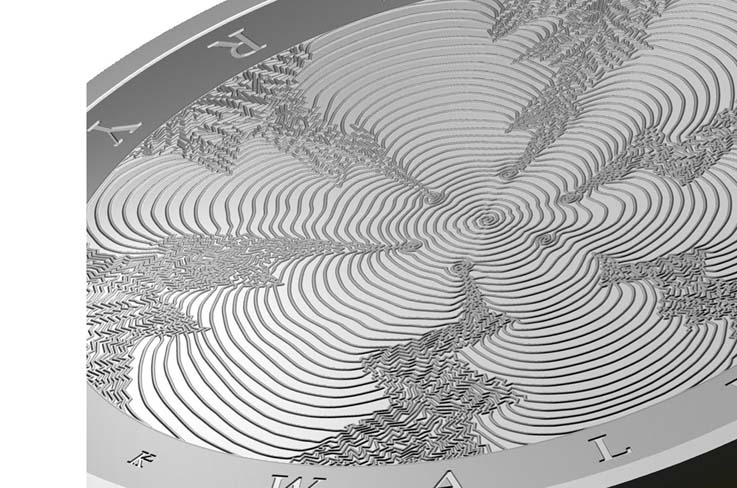 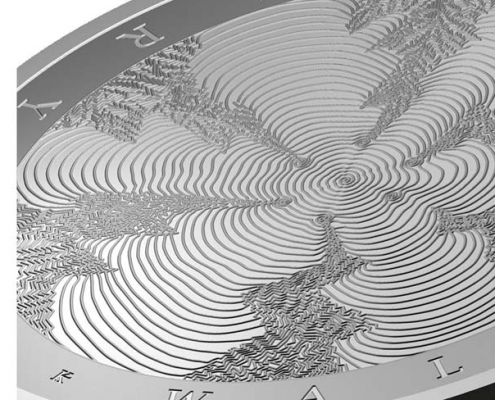 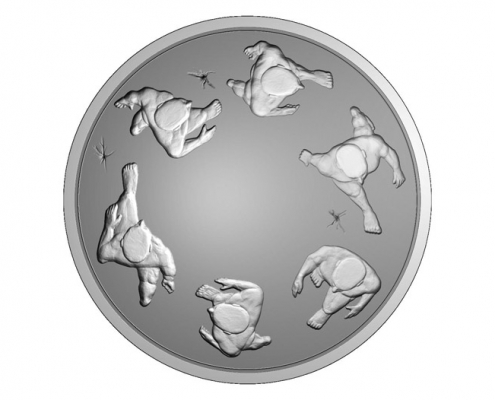 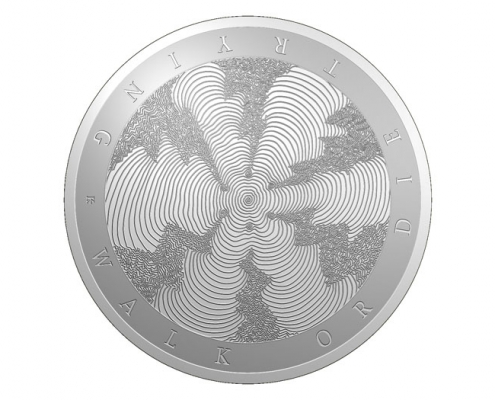 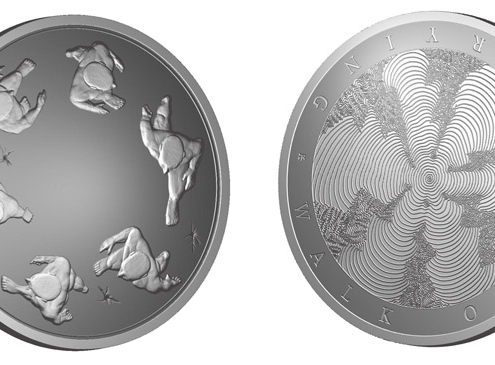 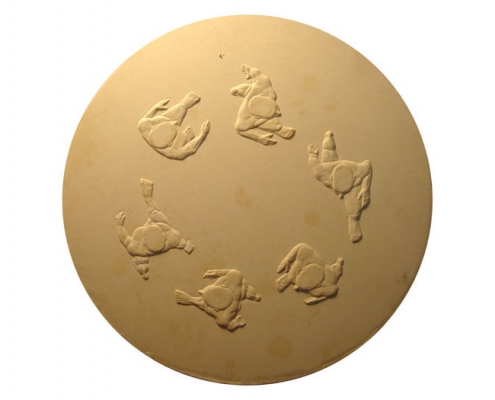 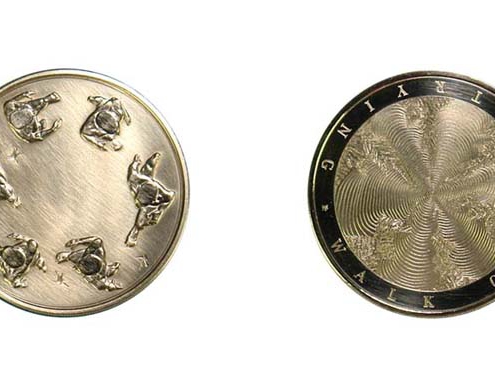 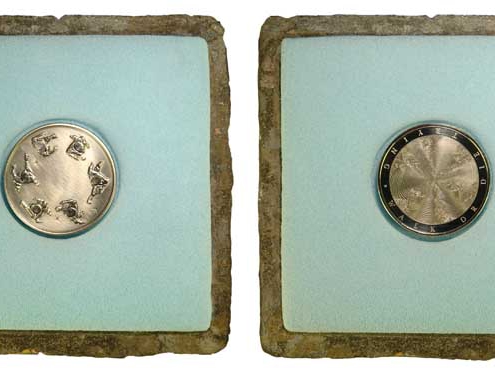 Produced at the Royal Mint as a struck art medal

In 2011, Kate created this design which was then struck as an art medal at the Royal Mint.

Kate was selected as the British Art Medal Society’s ‘New Medalist 2011-12’. As part of this award she was invited to undertake a 1 month residency at the Royal Mint in Wales.

This was a unique opportunity to work in the Engravings Department. She was invited to try all the techniques used in the production of British currency. During her residency she produced this struck crown. Initial inspiration came from a documentary from which she took the quote ‘Walk or Die Trying’. This text can be seen engraved on the reverse of the piece. The obverse shows 6 people walking in a circle as viewed from above. Inspired by the ancient belief that the gods took ‘pot-shots’ at the unsuspecting below, the obverse shows small cracks in the pavement where the lightning bolts have missed. The reverse shows 6 lightning bolts spiraling down to earth.

The obverse was carved by hand in plaster using traditional techniques. While the reverse was drawn on a computer using vectors. From these a reduction punch was made and dies were sunk, resulting in 9 struck medals with a milled edge. One of which is in the Royal Mint Museum’s collection.