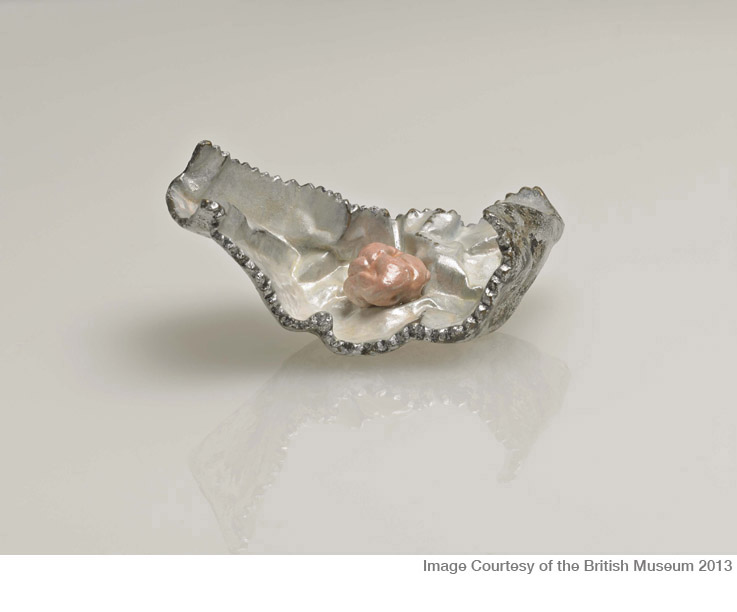 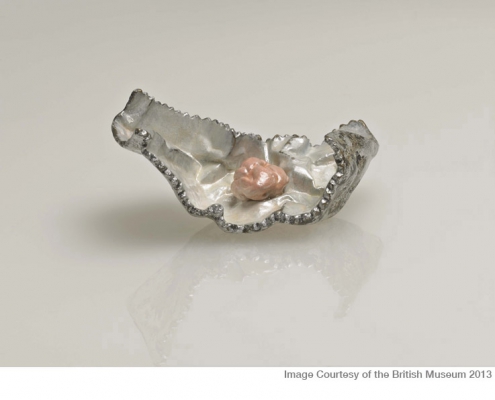 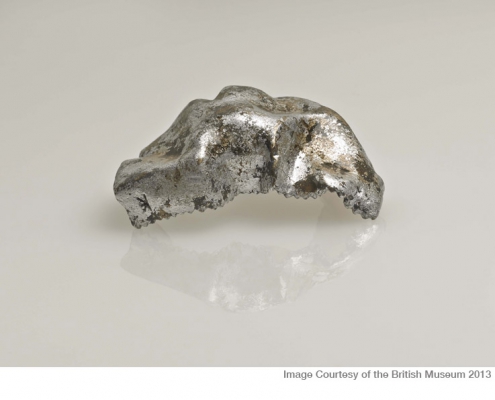 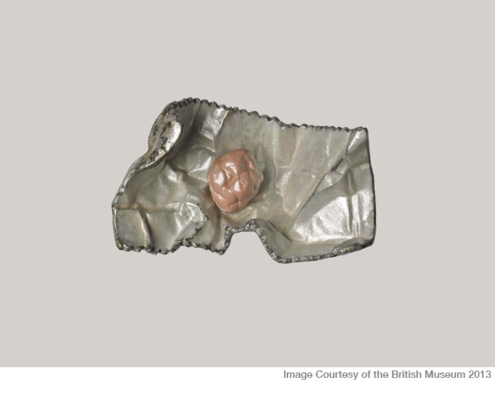 (Editions sold: 44) This body of work focuses on transforming ordinary, everyday objects and detritus into artworks that are precious and worth treasuring. For example, seen here in‘Modern Pearl’, a piece of pearlised chewing gum in its wrapper cast in bronze and finished with a mother of pearl effect. A pearl forms in an oyster when a small piece of grit or detritus enters its shell and irritates it. It forms a nacreous layer over the grit to protect itself. Here this particular irritating detritus, the chewing gum,appears like a nacreous pearl cradled in its mother of pearl wrapper with an oyster like exterior. This symbolises nature’s resilience and ability to adapt and transform.

‘Modern Pearl’ was subsequently acquired by the British Museum for their collections and was featured in their magazine. Often made by hand dedicating time to labour intensive techniques, Kate elevates and bestows these sculptural objects with beauty, worth and intimate authority.