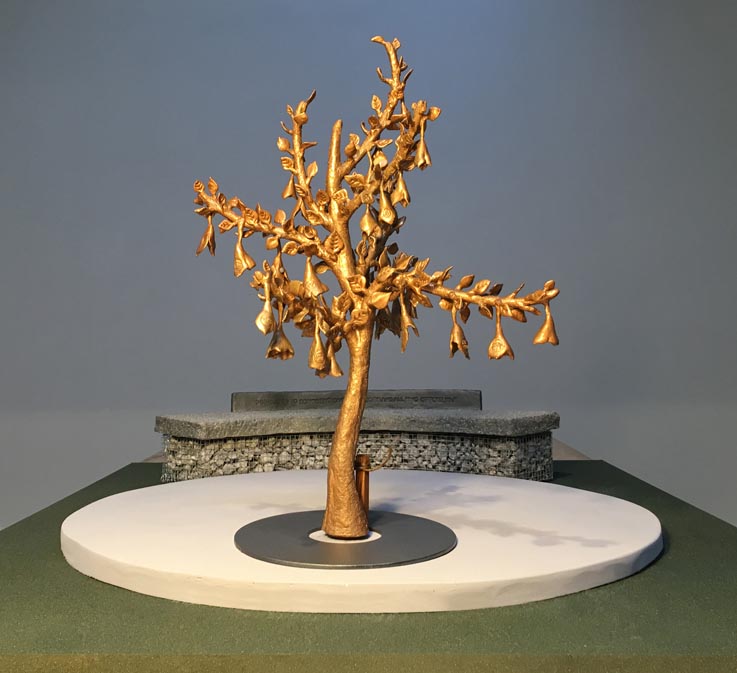 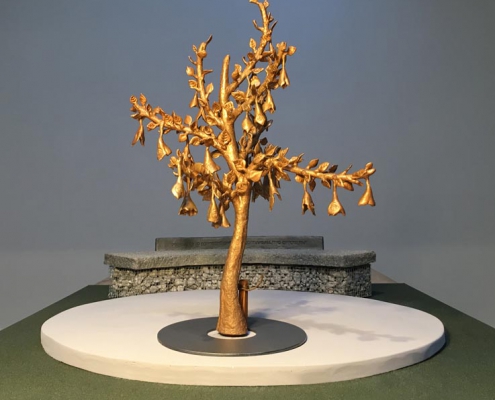 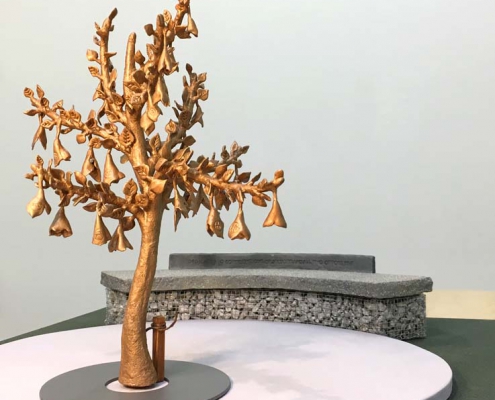 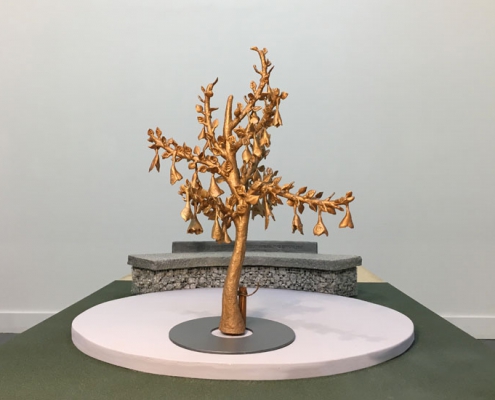 In 2018 Kate was chosen to design a Conscientious Objectors Memorial Sculpture to be installed in Princes Street Gardens, Edinburgh. The memorial is currently seeking funds and donations are gratefully received at https://opposingwarmemorial.wordpress.com/donate/

The proposed design for the Conscientious Objectors Sculpture Memorial is inspired by an incident in the history of resistance to conscription.  During the First World War, in April 1916 the No-Conscription Fellowship, NCF, held an emergency assembly in London. It was held in support of Conscientious Objectors and war resisters. An aggressive crowd gathered outside threatening to break in and violently disrupt the meeting. The chairman of the convention asked the 2000 strong audience to show their support for the speakers silently. So their cheers would not further anger the hostile crowd outside.

‘No-one who was present will forget the effect of this’; and the distinguished speakers were greeted with thousands of fluttering handkerchiefs, making the soft sound of arising and falling breeze.’-Peace Pledge Union.

Inspired by the above quote, Kate has designed the Conscientious Objectors Memorial to include a bronze Handkerchief Tree sculpture installed within a reflection space with seating.

Davidia involucrata is also known as the Handkerchief Tree, as this living tree’s white bracts flutter like ‘thousands’ of white handkerchiefs in a gentle breeze. This is reminiscent of the 1916 No-Conscription Fellowship (NCF) assembly audience and their thousands of fluttering white handkerchiefs. The tree is also known as the Dove Tree or Peace Tree because of a 15th Century woman, who bought peace to two warlords and warring tribes in China.

A deciduous tree, it produces these white bracts (handkerchiefs) and flowers in May when international Conscientious Objection Day is celebrated.