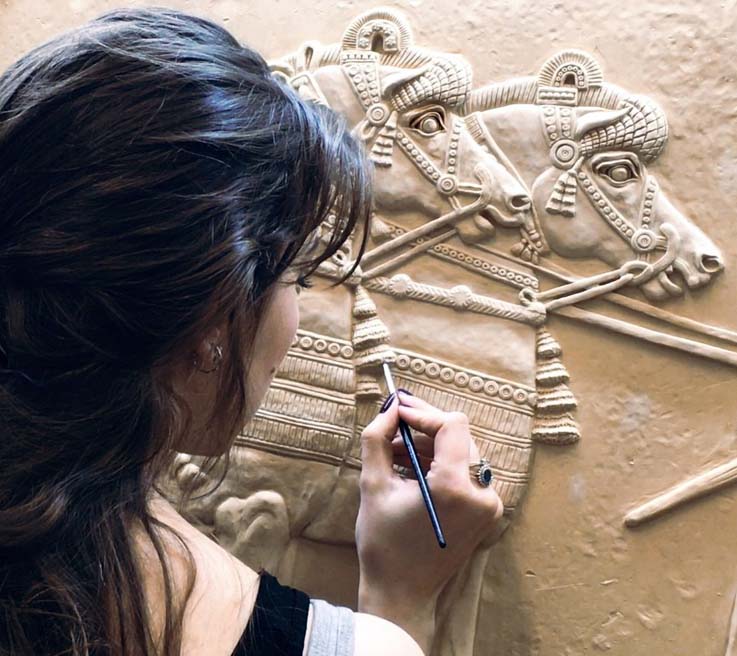 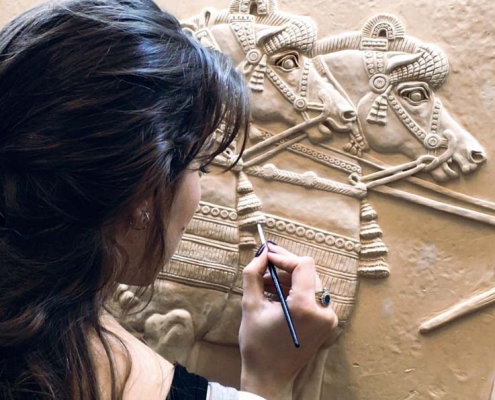 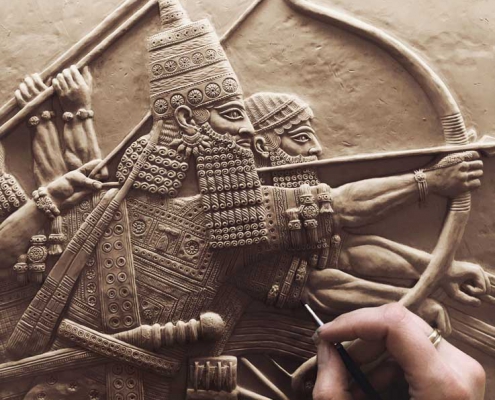 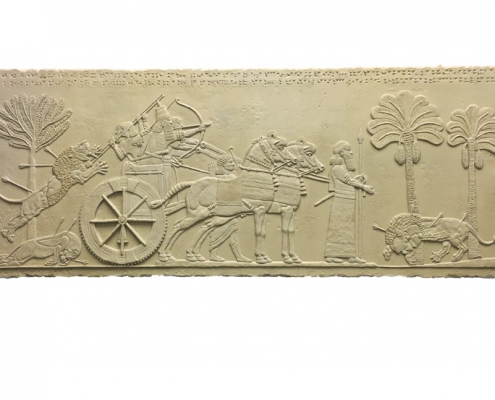 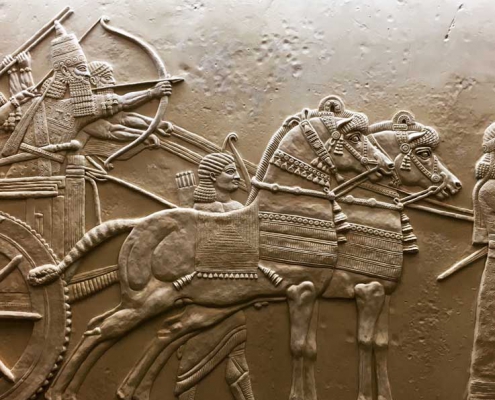 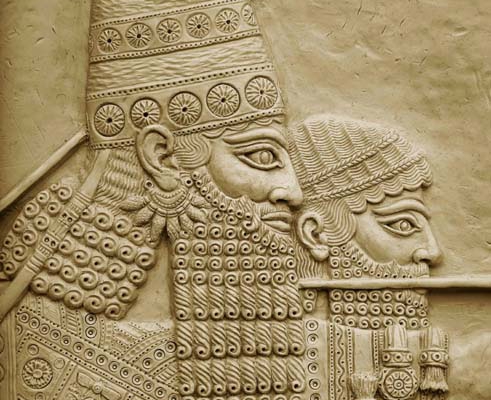 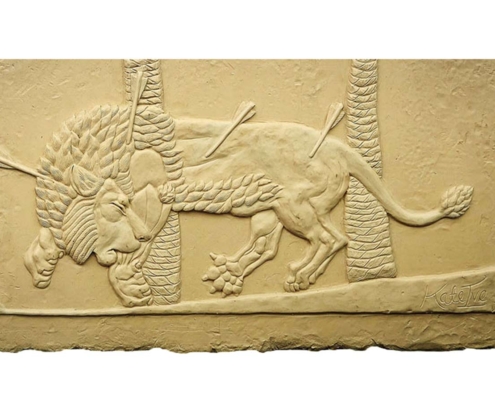 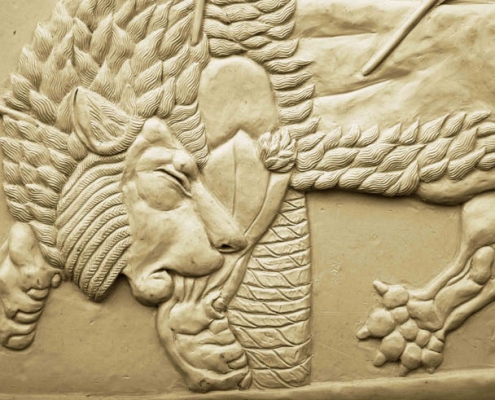 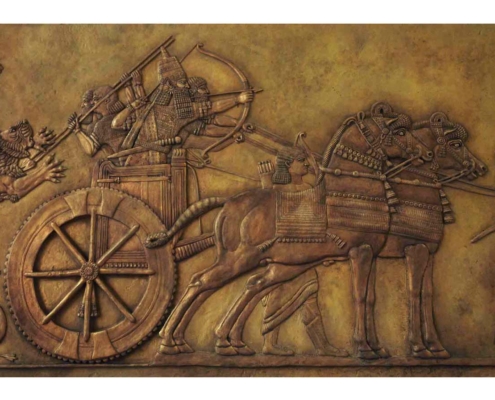 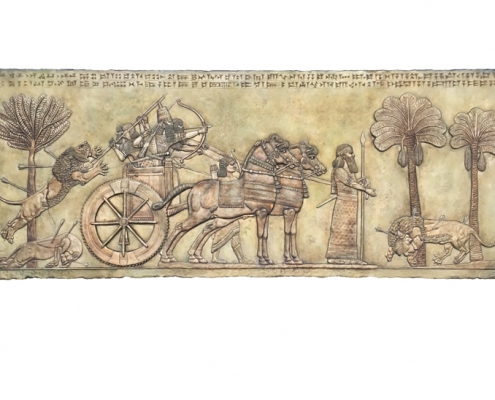 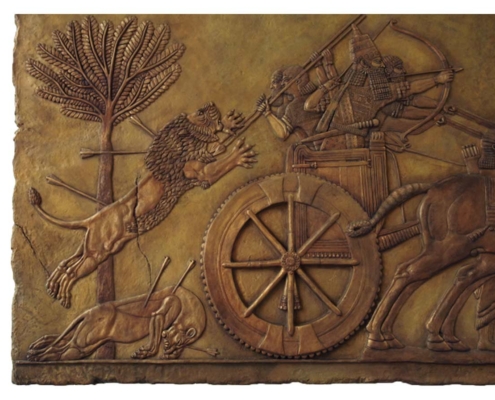 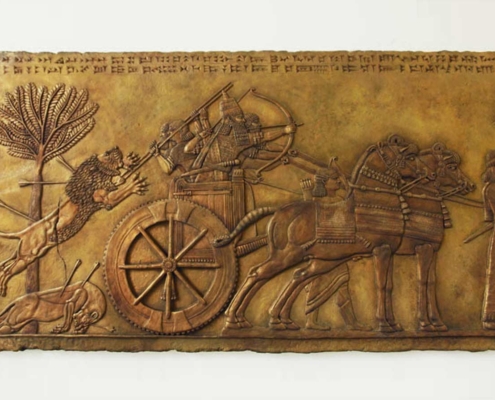 This Assyrian Lion Hunt Commission was inspired by the Assyrian stone carvings at the British Museum, in London.  As such it is an original composition. It was created for a private client and shows the King hunting lions from his chariot. Kate paid particular attention to the very fine details in the King’s beard and clothes.

The piece was sculpted in clay, before being cast in bronze and patinated. Various stages of the sculpting process can be seen in the images, from clay to bronze.

Kate particularly enjoys this type of commission. Research was essential to create an accurate and informed piece of artwork. First, the panel was sculpted in wax, before a detailed silicone mould was created. From the silicone mould, the lion hunt panel was recreated in wax. This was then used for lost wax casting. The artwork was finally transformed into a permanent relief sculpture in bronze.

It was a fascinating project to work on. It was a privilege to create an original artwork inspired by the Assyrian Panels.

Please get in touch if you would like to discuss an original artwork like the Assyrian Lion Hunt Commission.